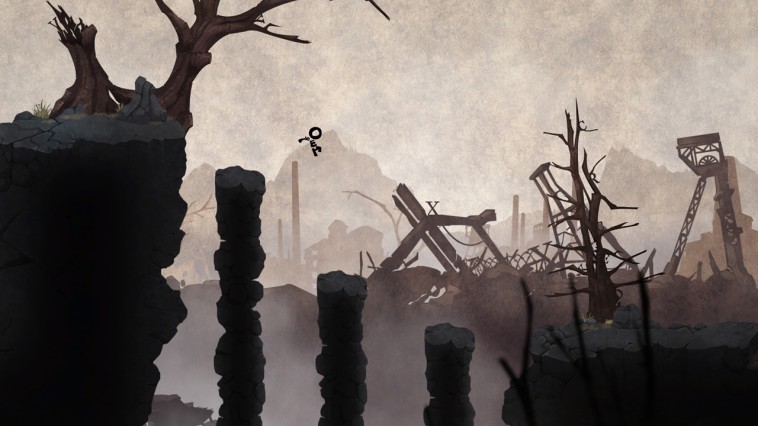 GARMR is an antagonist in the video game Typoman.GARMR is a loyalist of the demon FENRIR, who embodies all dark words (DOOM, HATE, FEAR). GARMR is the nemesis of the HERO and does everything in his power, such as laying traps and creating monsters, to prevent the HERO from claiming his other arm that will make him whole.

Corrupting Creator GARMR is an antagonist in the video game Typoman. GARMR is a loyalist of the demon FENRIR, who embodies all dark words (DOOM, HATE, FEAR). GARMR is the nemesis of the HERO and does everything in his power, such as laying traps and creating monsters, to prevent the HERO from claiming his other arm that will make him whole.AppearanceGARMR's appearance is comprised of the letters that make up his name. The G represents GARMR's head. The A in GARMR's name is used for his body.

GARMR's arms are comprised of the two R's in his name. Lastly, the M makes up GARMR's legs.BiographyGARMR makes his first appearance in Chapter One. He appears atop a cliff above the HERO, where he rearranges the letters in the word HEAT, to spell HATE. The word HATE subsequently transforms into a monster that attempts to kill the HERO. As the HERO progresses through the chapter, he encounters more HATE monsters, likely to have also been created by GARMR.GARMR makes his second appearance further into Chapter One. GARMR leaps down out of nowhere and knocks the HERO to ground.

GARMR then proceeds to change the word FREE into FEAR, which transforms into a floating monster that chases the HERO.GARMR's third appearance is in Chapter Two, where he appears on a floor above the HERO. GARMR pulls three letters from a nearby pile, which he uses to spell the word LIE and it forms into a small creature. The LIE creature then jumps into a machine comprised of the word PROPAGANDA and uses it to hold the HERO at bay.GARMR makes his fourth appearance further into Chapter Two. After the HERO makes a narrow escape from a FEAR monster by jumping off a cliff, GARMR arrives at the bottom and rearranges the word MOOD into DOOM. The word DOOM transforms into a massive creature and chases the HERO before falling into a flaming pit.GARMR makes his fifth appearance further into Chapter Two, where he tries to use the words MASH and SMASH to kill the HERO.

Just before GARMR is able to deal the final blow, an ally of the HERO, MUSE appears and is able to knock GARMR back into a CHASM.GARMR last appearance is in Chapter Three, where he uses the word EVIL to awaken FENRIR, who is likely his master, to destroy the HERO. However, the HERO is able to defeat FENRIR. Alienation effect. GARMR makes one final attempt to kill the HERO, using the words DEFEAT and FAILED. The HERO however, is able to rearrange the word FAILED into LIFE and throws it at GARMR, while he throws the word DEATH at the HERO. The resulting collision of the two opposite words creates an explosion that sends GARMR and the HERO flying. While the HERO appears unharmed, GARMR is reduced to letters, seemingly killing him.