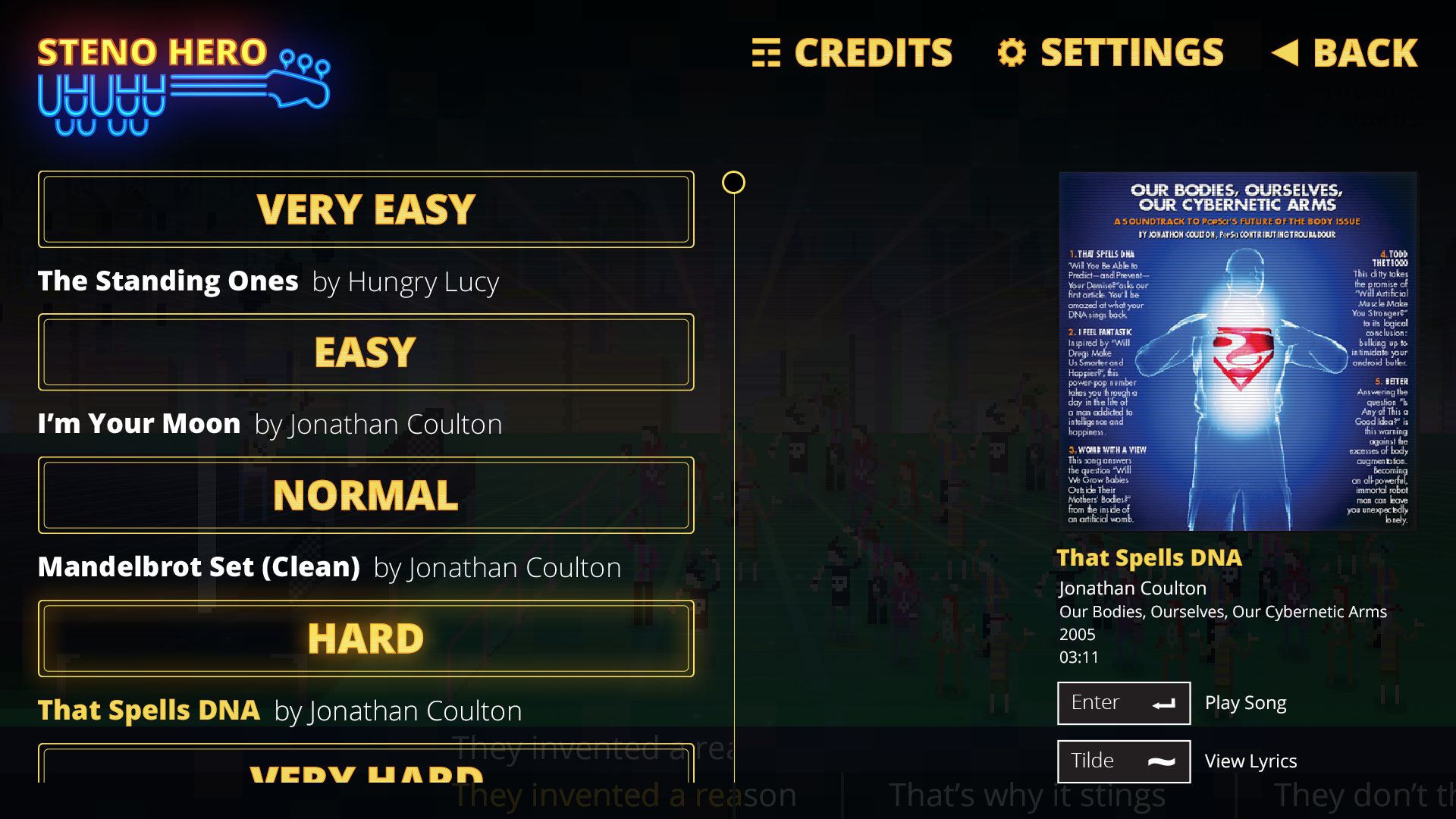 Steno Arcade is a suite of four arcade games designed to teach and drill steno and keyboarding fundamentals in an immersive, addictive, responsive, and interactive way. Steno Arcade is 100% free and open source and works with any steno machine or keyboard.The Early Access build of Steno Arcade includes one of the four games in the suite, Steno Hero!

You only need an NKRO (N-key rollover) keyboard if you intend to learn stenography and want to play the game using steno.