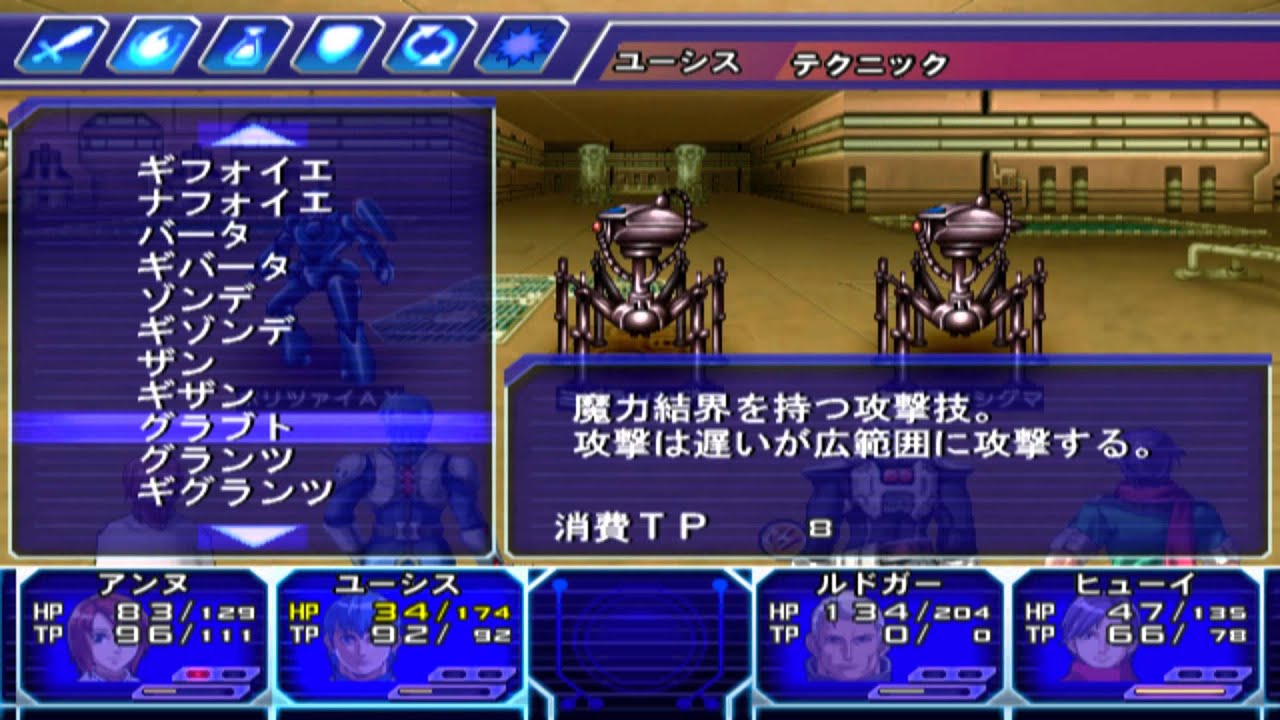 Naughty monster story. From the Sega Ages Phantasy Star 2 remake for the PS2. Nei was at level 60. Three words; Shifta and Deband. With a decent supply of Trimates, it is not difficult to win the fight at this level.

This is remake of Phantasy Star II (Sega MegaDrive/Genesis)

Credit English Translation to People from pscave. source at pscave

How to play with PCSX2 Emulator:

Get the Latest version of PCSX2 and choose: System -> Boot ISO. Then Select the .iso or .bin file.