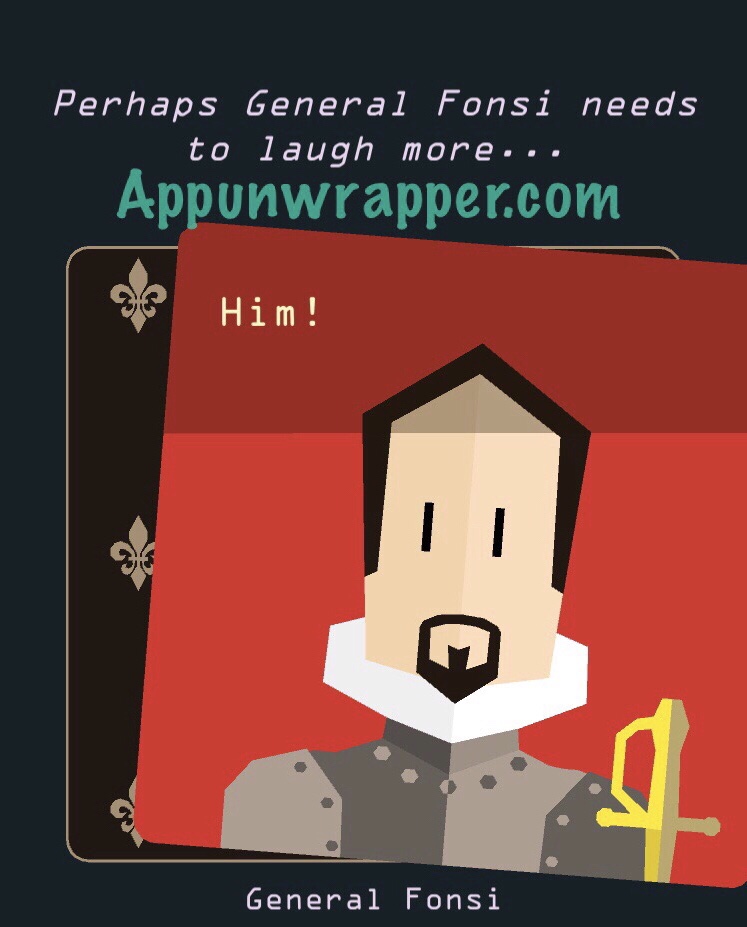 The life of a monarch is not as easy as it looks. True, it mostly involves making a bunch of decisions, but the impact of those can make or break a kingdom. Reigns: Her Majesty is the sequel to Devolver Digital’s initial hit called Reigns. This time around, you will be playing as the queen, whose job is to outmaneuver those who are trying to depose her and her husband. You can trust no one, but you also cannot win without the help of the different factions in your kingdom. You will soon discover that making decisions based on justice does not always make a good queen. Maintain the balance between the different factions, and navigate the dangerous world of politics. Watch the narrative unfold, and discover the numerous paths to becoming a true ruler. Make sure you read our collection of Reigns: Her Majesty tips and tricks to learn everything you need to know to run a kingdom!

If you value your life, you have to be prepared to make difficult decisions. Decisions that you won’t necessarily like. The key to success in this game is finding the right balance between pleasing your subjects, and showing them who’s boss. You will have to learn when to give in to requests, and when to turn people down.

As the queen, you will wield a lot of power. Don’t bother depending on the king. Everything will be up to you. Unfortunately, since you are a woman living in medieval times, there are some things that you need to think about when behaving. As the ruler of the kingdom, you will have to be strong, decisive, and independent. Do not be afraid to wave the big stick around when it matters. However, keep in mind that you are also a lady, and there are eyes watching. Make sure you maintain lady-like qualities or the church will start accusing you of immoral acts. The last thing you want is to antagonize the church over something as simple as showing too much skin.

There are various items that can be acquired in the game that can help you progress. Using these items correctly can unlock new paths for you. However, if you keep showing random things to random people, they will start thinking you are a crazy queen who like to throw stuff around for no reason. You don’t want that, so make sure you know what you are doing. We have listed some of the more useful items below, and how you should use them.

When in danger, it always helps to have a weapon in tow. You can use this to get out of sticky situations, or to just scare people if you are feeling a little crazy. You will need to use the pistol correctly if you want to come out of a duel in one piece. When someone accepts your challenge to a duel, make sure you pay attention to the owl. He will indicate a key word. Wait until he mentions the keyword before firing your pistol. As you can imagine, waving a pistol around isn’t a great idea. Use it only when you feel threatened or cornered by other characters.

Like the pistol, the perfume can help get you out of a bad situation, only it uses a more feminine approach. The smell of perfume will remind people of your royal status, and help you charm them in the process. If someone is being rude to you, spray some perfume in their face and watch them change their tune. A more serious situation would be when you offend the church and the Cardinal comes to deliver divine punishment. Use your feminine wiles and spray him with perfume, so he will forgive you. Keep in mind, though, that the perfume will only work on him once.

For some reason, the queen will pick up a chicken bone. It has a weird purpose, though. Once you have maxed out the church stat, the Cardinal will pay you a visit. Show him the chicken bone, and he will give you a Saint’s bone in return. Weird, right? If you don’t feel like kissing up to the church too much, you can just use the bone to play fetch with the dog. It doesn’t do much good, but at least people won’t think you’re crazy.

When you start off, it will just be a broken clock. You will have to wait until one of your advisors gets an old owl clock fixed. Show the broken clock to the woman doing the repairs, and she will turn it into the Clock of Destiny. Once you have it, head into the garden maze. Look for star signs hidden in the maze and use the clock there. Doing this will unlock different results.

Download the Ultimate Forest Simulator today while it's 50% OFF for a very limited time! You'll need to maintain your health, hunger, thirst, and energy while ruling over the Forest! Choose from your favorite species of forest animals in a single game! Become a Bear, Rabbit, Turtle, Cougar, Bat, Deer, Raccoon. Ultimate forest simulator salmon vs.

Like the clock, this starts out as a normal book. With a bit of magical influence, it will soon turn into the Red Book. This book of spells will then give you the ability to talk to different animals. Once you are able to talk to them, you will get all sorts of information from them. One particular animal you should seek out, however, is the clever fox.

4. Start Over After Death

There are numerous paths a queen can take. Unfortunately, her enemies are just as many. If at some point the King, the Cardinal, or some other character approaches you, and the only response available is “What…” then death is at your door. You can use the perfume or the pistol to delay your doom, but it will come for you again unless you are able to quickly resolve whatever caused it in the first place. Don’t worry too much if you fail. You can always start over with a new, wiser queen. Just make sure you don’t make the same mistakes.

There are several challenges for you to complete in the game. Try your best to complete as many of them as you can. Conquering these challenges will add new cards to the deck, giving you access to more content. The new parts of the story you open up could potentially give you the path you have been looking for all along.

There are numerous signs and symbols that are scattered throughout the game. Pay attention to them as they often refer to different items and people in the story. Earth Mother will drop a lot of hints for you to follow, you just need to pay close attention in order to figure out what she means. If you are clever enough to decipher her messages, you might be able to survive your reign.

You will talk to a lot of characters in the game, and it is easy to dismiss what they say as gibberish. However, you should always take note if they mention a year. Some things only happen during certain years, and the only way to anticipate these special events is to pay attention to the hints the other characters give you.

A queen must rule with grace and wisdom. Follow our list of Reigns: Her Majesty tips, tricks and hints to become the most beloved monarch in your kingdom!

Plague:The easiest way to get this ending is to let the doctor become the executioner. I think dying from the Black Plague also gives it to you.Head on a Spike:The Church loses all it’s power and a pagan murders you while you’re escaping.Torn Apart:The Church gets too powerful and turns you into a martyr. They tore you limb from limb.Poison:You’re poisoned by your treacherous brother-in-law. You get this by letting your guard down after your Queen’s brother moves in. You need the army to go go down to 0%.Broken Dagger?:Your army runs out completely.Hanging:This seems to be from the army getting too strong. Maybe another possibility of your son backstabbing you? I forget.Beheading:You get this by ignoring the limbs getting hacked off in the dungeon.Stretched on the Rack:I believe you get this from a Crusade and letting the population reach 0% and the treasury reach 100%.Pigeons:Population runs down to 0%.Jump Out a Window:Population hits 100%.

They chase you out the window. (Something else might also be needed to get this ending. Let me investigate.)Broken Heart:Die while in love.Gluttony:Your wealth hits 100% and everyone throws a big party. You die from choking. No one notices because they’re all too busy partying.Thrown to the Dogs:Various ways to get this. Might be random?Forced into Exile:Your money runs out and a new oligarchy takes over, forcing you into exile.Dueling Incident:I got this a few times by losing a duel with the Barbarian.

It seems the way to get him to show is when you win a war, choose to kill all the barbarians instead of letting them go.Rats:You usually get this from dying in the dungeon, say by losing to the Skeleton or getting killed by a trap.Bleed to Death:You trusted your son and he betrayed and killed you!Trick the Devil:Trapped in the Middle Ages:Rot in Hell for Eternity:Dragon Breath:Refuse to leave without killing the dragon.New Deaths!Red Ants:This had to do with the Crusade, I believe. She asked me if I thought her people would forgive or forget, and my only options were to answer “What” and then red ants killed me.Arrow Through the Eye:This is one of the possible deaths for your wealth reaching 100%. It’s an archery game gone bad during your party. So you may have to throw a party for this to happen. The new message from the witch hints at this.Drowning in Ale:This one is also from your wealth hitting 100% and throwing a party.

You get drunk and die! Here’s every death and how to get them Drowning: Way 1: Get kidnapped by The Diplomat and do not follow The Senator when you’re blindly running Way 2: Reach 0 Money and less than 15 Army Burn at the Cross: Way 1: Wait for the Archbishop to say “You know who rules above men and kings!” and say: “It’s certainly not you” Wait a few years and he will bring you somewhere (I forgot) and say “May the saints forgive you of your sins”. Instead of calling the guards, say “Explain yourself!” and this death occurs Way 2: Wait for Read more ».