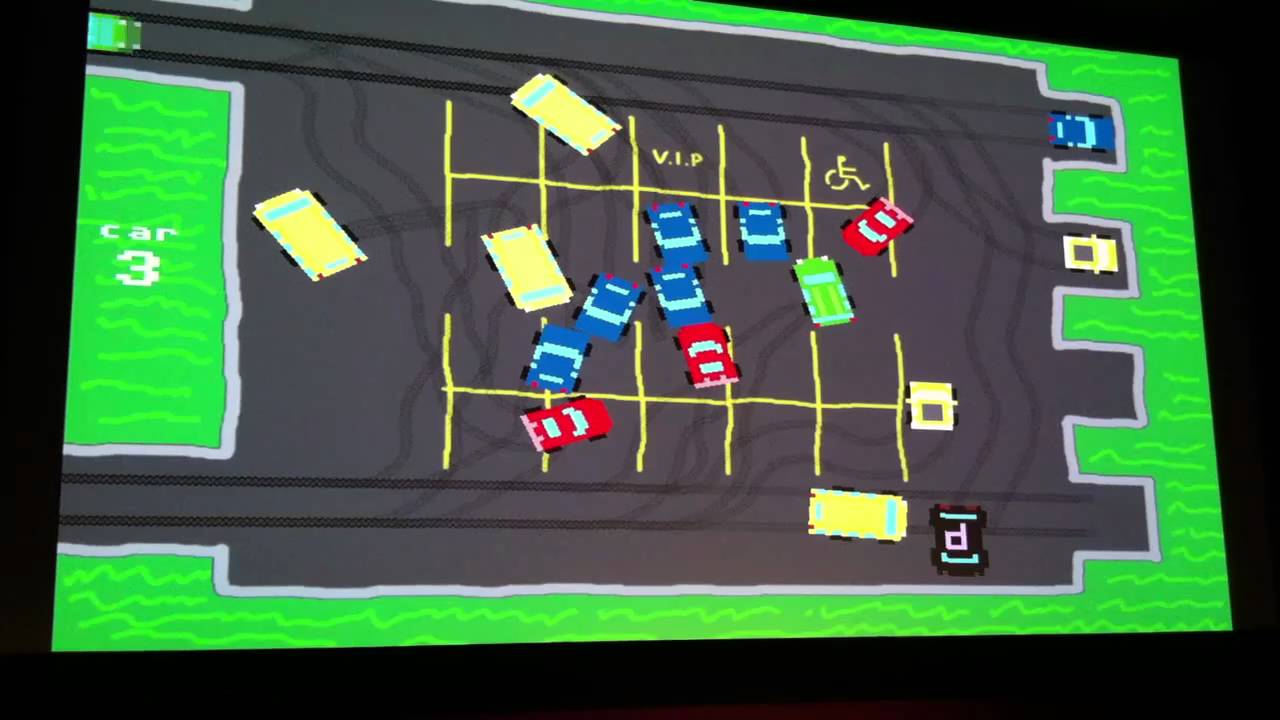 Developer:Price: $2.99Version Reviewed: 1.1Device Reviewed On: iPad3, iPhone5Graphics/Sound Rating:Game Controls Rating:Gameplay Rating:Replay Value Rating:Overall Rating:Earning tips has never been this nuts. Work the lot in No Brakes Valet and try to guide vehicles into parking spots, one after another, without any catastrophes. What kinds of catastrophes? The usual - chickens on the loose, trucks with explosives, random pedestrians in the lanes, cars with no brakes, etc. But seriously, this parking lot madness will challenge players' reflexes, their sense of direction, and their on-the-spot decision making skills.No Brakes Valet offers three levels to choose from - No Brakes Valet, 2 Brakes 2 Valet, and No Brakes Valet: Ontario Drift. Each of these are available for one or two players on the same device. Graphics are done in old school pixelation, and the sound is reminiscent of Atari games from the 80s. 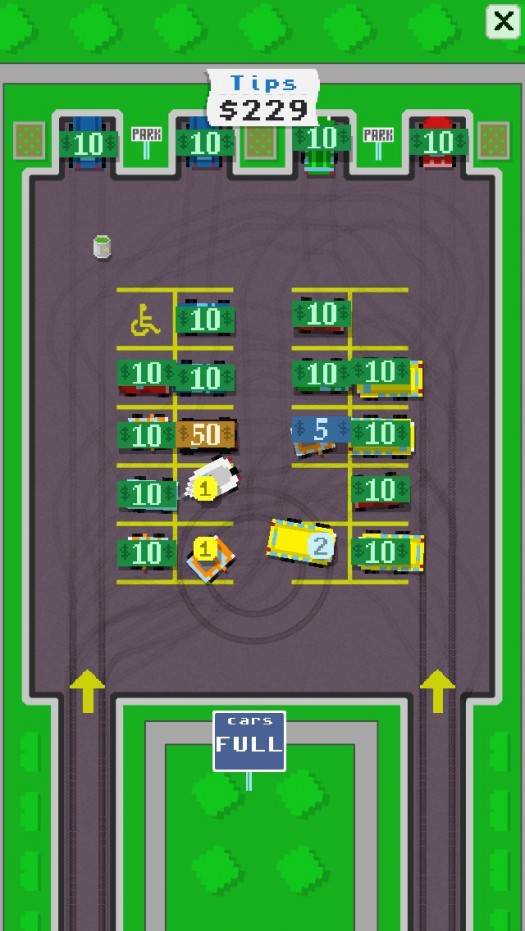 Controls are simple - brake button on the left and two “steering wheel” arrows on the right.In No Brakes Valet (the first level), players must park 20 vehicles that shoot out of the bottom of the screen, from either the right or the left. The key is to slow them down a bit with the brake before even attempting to steer them. Then, after tapping the brake button, try to use the left and/or right arrows to direct the vehicle into a spot.

Vehicles come with different sizes, speeds, and challenges. Somewhere during the parking mania, the Prime Minister will arrive. The goal is to park him in the V.I.P. After all 20 vehicles have been “parked,” players will see their tips tallied. Hazards such as running over pedestrians and igniting explosives will cause the tip jar to take a hit. It’s even possible to end up in the negative.

Yes, -75 is a realistic score. Not proud of it, but there it is.After getting the hang of the first level, try 2 Brakes 2 Valet. Less spots, bigger vehicles, and those darn pedestrians. Park the limos sideways in the marked spots. Don’t ding those fancy cars!

And, heaven forbid, if a pedestrian is hit be sure to direct the ambulance toward him when it arrives on the scene. Up the ante even more with the next level, Ontario Drift. Park the vehicles towing boats (that’s fun).

Avoid the cans of explosives, and the trucks with explosives. Be careful with the bumper cars so they don’t ignite anything. All the while, try not to kill anyone or send chickens bouncing around like pinballs.For kicks, players can check out their standings in Game Center. There aren't too many people playing yet, so chances are they can rank fairly high. Proteus industries.

Share high scores via message, mail, Facebook, or Twitter. Tap on a score to send challenges to friends. Actually playing against someone else requires playing in person, with both players sitting across from each other and playing on the same device. I’m glad the developer included this option. However it’s played, it’s good fun for all ages.