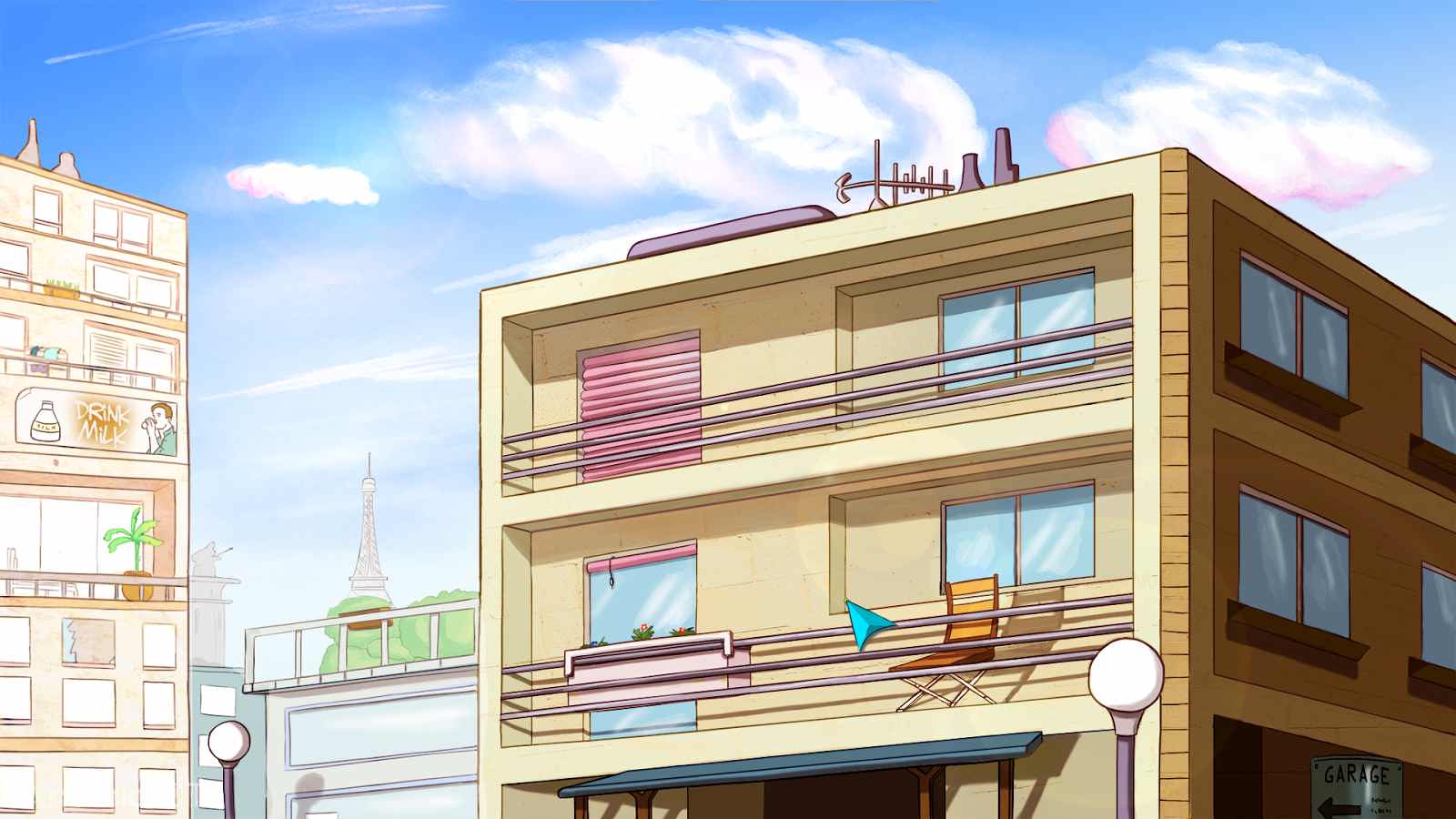 Those who first assumed that the arts are like the bodily senses, seem to me to have perceived very clearly the power of making distinctions which both possess, by which power we are enabled to apprehend opposites, as well in the one case as in the other.

The whole night, Christian had been tossing and turning. Meeting Ana had been a pleasure; she was the nicest woman he'd ever met in his life. Besides the fact that she was a true beauty, he liked her personality a lot. She was just like a breath of fresh air! Everything about her was mesmerizing; from her shiny hair to her lovely smile and her gorgeous eyes. When she laughed, he swore that he could hear angels sing. She seemed to come out of a fairy tale; her dark blue dress and her hair up, held by a golden hairpin. Did she maybe— truly stepped out of a fairy tale?

'Was meeting this beauty a blessing or a curse?' he couldn't help but wonder.

Ana had an effect on him. Well, that was an understatement! He'd just met her, but she made him feel so comfortable in his skin, making him want to tell her about the life he had led. Strange! No other person had ever given him that feeling. The feeling that he could completely trust them. Yes, he trusted Calinico with his life. But then again, Calinico had practically raised him. The older man and Christian's grandmother had done that.

But this woman, who looked like Agathe, made him feel so vulnerable. He liked that feeling, but at the same time, he hated it! Cause he, Christian Grey, was always friendly, calm, polite, patient, nice, and in control but always had his guard up— Towards most people that is.

But he had to admit though, the way Ana made him feel, terrified him terribly. They'd just met, but several times, he almost let go of his control in her presence. And he knew that she had noticed it too; it was like she wanted him to let go of his control. Shaking his head, he decided to stop thinking about Ana.

Commander keen online. Christian hated when night came, and he had to go to sleep. Sleeping was always difficult for him, because he was frightened of the nightmares. Nightmares that had been haunting him for almost 3 long years now. They were not exactly nightmares, but memories. Memories of what had happened to Demetrios.

It was passed midnight, when Christian finally had fallen asleep. He was able to do that, after a lot of tossing and turning, attempting to fight off the memories in his conscious mind.

Christian woke up around 5:30 in the morning. He looked to his side and saw his wife still sleeping. Rolling his eyes at her, he got out of bed and immediately took a shower. Leila had been partying all night long. He was glad that she didn't drag him along, because he had to manage, and maintain an entire empire. Every day though, Christian wondered why he had married the woman. She was so selfish; she didn't even want to watch over their son, Demetrios. It was a good thing that he had Calinico; that nice old man really loved the little boy.

After he stepped out of the shower, he immediately got dressed and noticed that his wife was still sleeping. What time did she come home last night? About 3 or 4 in the morning, he guessed. After Christian had combed his hair, and wore his shoes, he slipped out the bedroom door and walked to the balcony.

His breakfast was already set, so Christian took a seat. While reading the morning paper, he wondered if Demetrios was already up. He finished his juice and toast and decided to see what his son was up to. And just as he was about to walk into the hallway, he saw him!

'Daddy, daddy! I saw a birdie! He was singing a song, daddy!' Demetrios said enthusiastically.

Leaping into his arms, Christian held his son tightly. Demetrios was almost 3. His birthday was coming up in the next month. The little boy had so much to tell his dad, making Christian laugh loudly. Leila was an awful woman, selfish and shallow but… she gave him the best gift ever. His son; Demetrios.

Christian did know that she was cheating on him with other men, but he just didn't want a divorce. He was afraid to lose custody and he just didn't care anymore what Leila did or did not do.

The first time Christian had heard of Leila's infidelity; his source had even shown him a lot of photos of Leila with another man in a hotel room, he got very angry. But in time, he just ignored the woman. She wanted the lifestyle he was able to provide for her and he wanted to keep Demetrios. So, this way they both got what they wanted from each other.

Calinico had advised him so many times to just divorce 'that evil hag'. But he refused, saying that she isn't doing anyone any harm— As long as Christian had Demetrios in his life, then his life was complete.

At the moment, Christian was taking care of his little boy. He had given Demetrios a bath, he clothed him also, and then he made sure that his son ate his breakfast.

'Mr. Christian sir, you can go to the office. I will look after the little boy, because you know 'the hag' never watches over her own son.' Calinico stated.

'Calinico! Don't call her that!' he replied, but couldn't help himself, and laughed at his butler's comment.

'OK, here you go. Look well after him, Calinico. Cause he's more precious than all the marbles in the world!' Christian said and kissed the boy on his forehead.

And just as Christian was about to walk away, he heard someone clearing their throat. Leila!

He turned around and asked.' What do you need, Leila?'

'Oh, Christian. You're still here?' she replied, but then ignored him, and turned towards the butler.

' Calinico, I need my caviar. Why is there none in the kitchen?' she demanded.

The butler rolled his eyes at her, and said.' Because you ate it all?'

At that, Christian burst out into laughter and walked away to go to work, because he didn't want to be late. He was the boss, but was never late. He left the three alone and stepped into his Porsche.

In the meantime Calinico was arguing with Leila.

'Hey, don't you talk to me that way! And I saw how you were rolling your eyes at me! How dare you?' she shouted.

'Miss Leila, don't you fret OK? I will go get you your precious caviar.' Calinico muttered and walked away with Demetrios.

'Hey, you don't have to bring him along! Let me look after him.' she said.

At that, Calinico laughed sarcastically.

'You? You're going to watch your son? I don't think so, Miss Leila. Do you remember that one time, when you were so drunk and sleepy from partying all night, that you lost him in a mall?! That won't happen again! I will make sure of it.' Calinico said, his voice trembling heavily, because he was still angry with her about that awful incident.

'I don't know how, but one day Calinico, I am so going to get rid of you!' she threatened.

'Just you try, Miss Leila. One day, and mark my words, Mr. Christian will see how evil you are and will kick you out!' He spat.

Demetrios began to cry, because he didn't like it when people were fighting.

'See what you have done?!' she shouted and grabbed the little boy, dragging him into her bedroom, and then locked it.

'Watch over him well, miss Leila! Don't fall asleep, OK? Watch over Mr. Christian's baby boy!' he snapped at her.

Calinico was furious! But he did say that he was going to get 'the hag' her precious caviar. He jumped into the car, but did not drive away yet. He was a bit worried about Demetrios, but they were both in her bedroom. How much damage could Leila do? Right?

He then decided to run that errand quickly, so he could come back to take care of his precious gem, Demetrios.

Christian had just arrived in his office, when he heard his cell phone ring. Leila?

'Where is Calinico?!' he exclaimed.

'He went to get my… ca… caviar.' She stammered, while sobbing.

Without hesitation, Christian immediately ran out of his office and jumped into his car. Their home was about 7 minutes away. His heart rammed against his rib cage, as the villa came into view.

'Oh my God! God, please. Don't let anything happen to my baby.' He prayed, while tears pooled in his eyes.

He arrived at home and jumped out of the car.

'Demetrios! Leila! Where are you?' he shouted, his voice trembling heavily.

They had a swimming pool. In a flash, he saw Leila drag their baby boy out of the water. Christian ran as fast as his feet could carry him to his son and grabbed him from Leila. His life flashed before his very eyes, seeing his little boy like that.

Demetrios wasn't breathing, he had no pulse. Christian had tried countless times to resuscitate him, but it was no use. Calinico arrived and saw the scene before him. He let the caviar fall to the floor and ran towards his precious, precious little boy, but not before calling for help.

At one point, Calinico had to stop Christian. While tears rolled down his cheeks, he carefully placed a hand on Christian's shoulder.

'Mr. Christian, please stop. Stop, please. Stop it! Please? He… he is … gone.' Calinico sobbed, as his body shook violently.

The ambulance had arrived and within minutes, the place was filled with people.

Christian couldn't believe it! His beautiful little boy… he was… he was gone?! He began to sob uncontrollably, while he grabbed a nearby chair and threw it through a window, making the glass break into a million pieces..

'No!' he roared, and fell to his knees, crying his heart out.

He kept shouting.' Demetrios! Demetrios, my baby boy!' And took Demetrios in his arms.

Christian sobbed like a baby and was inconsolable. Calinico attempted to help him up, but he refused!

In a flash, his eyes landed on Leila. It was then when he swiftly got on his feet. Calinico, the cook, the limo driver and the rest of his staff immediately were on high alert!

Christian leaped at Leila, but his employees were barely able to hold him back with much difficulty, and the others stood in front of Leila.

At that, Christian gave it up and shouted, his voice filled with such agony.' You! You are his mother! You were supposed to keep him safe! Where were you?! Why did you do this to my boy?! He is DEAD and this is all your fault!'

Again, Christian sank to the floor and cried his heart out for his little baby boy…

Christian woke up, gasping for air. The sheets and pillows on his bed were wet from his sweat and all the tears he had been shedding that night.

'Demetrios, my baby boy.' He whispered, while hot tears ran down his face.

Note: Thank you so much guys, for the wonderful feedback and support. It means a lot to me.