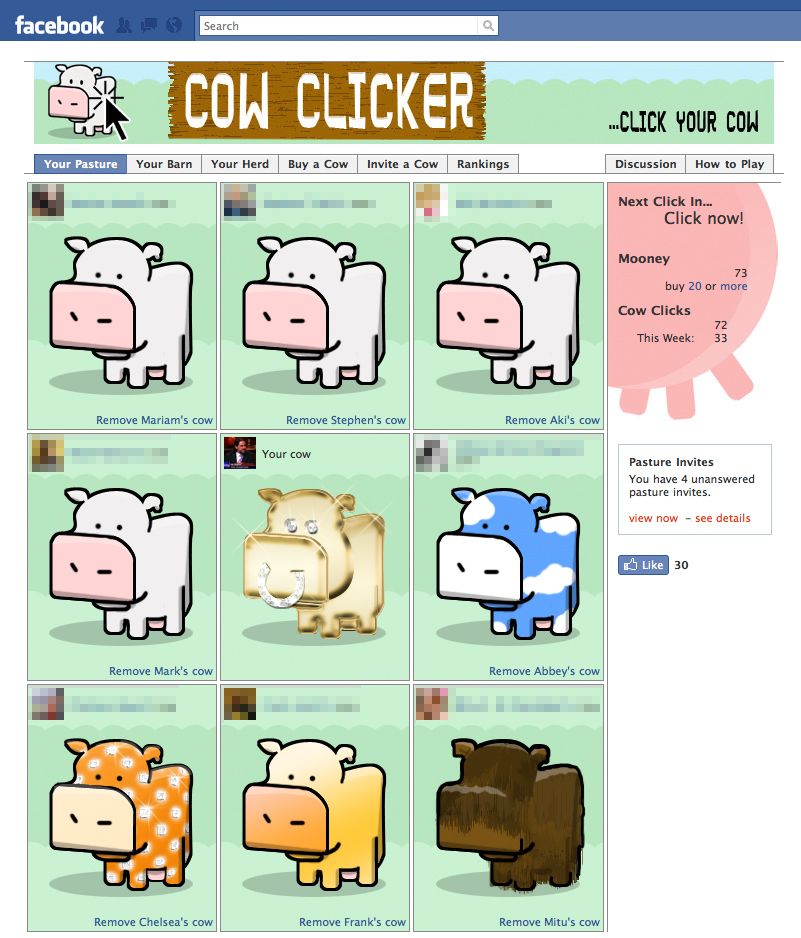 Writes 'Game designer and academic Ian Bogost announces, a Facebook game implementing the mechanics of the Facebook-games genre stripped to their core. You get a cow, which you can click on every six hours. You earn additional clicks if your friends in your pasture also click.

The result is COW CLICKER, a Facebook game about Facebook games. It's partly a satire, partly a playable theory of social games, and partly an earnest example.

You can buy premium cows with 'mooney,' and also use your mooney to buy more clicks. You can buy mooney with real dollars, or earn some free bonus mooney if you spam up your feed with Cow Clicker activity. A satire of Facebook games, but actually as genuine a game as the non-satirical games are. And people actually play it, perhaps confirming Bogost's view that the genre of games is largely just ' in order to make money,' which continue to work even when the users are openly told what's going on.'

I'm pretty damn selective about my friends. Quality over quantity. I've seen a single update from a single person (she was 16) who needed logs or some shit for a cabin. Scrubby dubby saga levels.