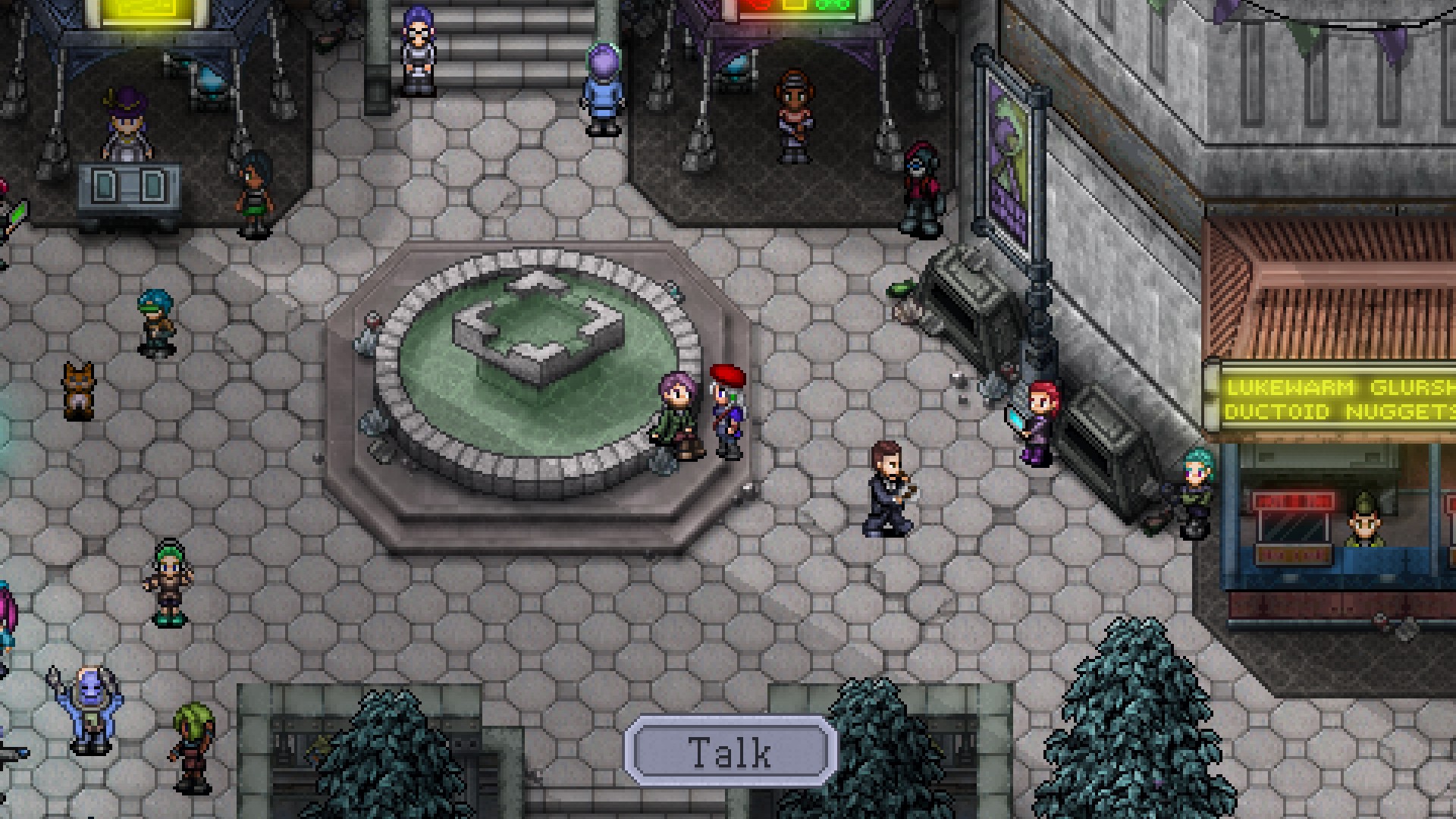 Alright I usually don't ask a thread asking for help unless I'm really stuck, but here it's more of a, well what am I supposed to do here?I'm half way through chap 7 and am on the northern side of the 2nd planet, and I'm trying to get the information on the Scrimimex we're tracking, but the console doesn't work and you head to the power supply, the guy there says go to storage, well the storage won't open unless you use a terminal! So what am I supposed to do here?Other general things are like half of the characters are pretty useful to me (Dave, Sue, Arete, Chnan) but the other half I can't figure out how to use them properly (Finn, and Clarke primarily) Anyone have any tips on how to use them properly?Next is how many chapters are in this game? Plus is there a level cap, or some way your stats skyrocket later on?

Because I found the Cthulu hidden boss and I was like, yep I'm dead. (I'm playing on agent, the 2nd difficulty setting)Lastly is there someplace I've forgotten to go to? Because between chap6 and chap 7 there seems to be a relatively HUGE spike in enemy hp, despite enemy power not going up that much.

I'm in the low 30's atm and am asking because it doesn't appear you can really grind in this game since enemies don't respawn (from what I've seen at least). There are 13 chapters, the level cap is 99 (with 100% completion, no exp boost, and no VR grinding your characters will reach 56 by the last fight). You might have missed some stuff, but if you found Cthulhu, probably not.Some of the characters have better native abilities than others, but shield programs (or weapon/accessory options) can make them a lot better, particularly ones that provide multiple attacks. Finn and Clarke fill some pretty strange roles that I did not find particularly useful for my playstyle, and I don't expect most people have much use for either of them. Several characters suffer a little from having too many support or combo abilities in a combat system that heavily favors finishing fights quickly due to the way style works.As for where you're stuck:Talk to everybody. One of them gives you a translator so you can use the terminal.

Think it's the topmost building on the left. Thanks for all the advice everyone, but actually I did get the translator, I'm more asking if the terminal I need to use is the one that needs power, or if its like somewhere outside that I can't really find? (keep in mind that I was the person that tried for like 15 minutes to do the telepick thing even though I knew it was rigged)Also I can tell my stats won't rocket up later and it does pile up, but also I now have the little option of support characters and for me it seems hackitude is the most important stat, so where can I find the first hackitude guy? Plus are all the support character minor buffs or will I get better ones later on? (maybe a +5 to all stats one, or +10 to a specific stat on some later?)Also you mention an exp boost and VR grinding, are those things that also open up later on? There are better support characters later, but they're all pretty minor.

There's a +15 Cunning, but I liked the regen and then +5 all stats until I got 'unlock all programs.' One of them gives +10% XP, and one gives no VR penalty (selecting Battle from the menu allows you to replay battles in VR for reduced rewards - this is never explained or described in game, as far as I'm aware, aside from the 'No VR penalty' support description).The terminal to unlock storage is in the first building on the right, you get the translator, use the terminal, go outside and immediately go left behind a little sticky-uppy thing to the storage building.

Originally posted by:There are better support characters later, but they're all pretty minor. There's a +15 Cunning, but I liked the regen and then +5 all stats until I got 'unlock all programs.' One of them gives +10% XP, and one gives no VR penalty (selecting Battle from the menu allows you to replay battles in VR for reduced rewards - this is never explained or described in game, as far as I'm aware, aside from the 'No VR penalty' support description).The terminal to unlock storage is in the first building on the right, you get the translator, use the terminal, go outside and immediately go left behind a little sticky-uppy thing to the storage building.

Mr wombat this helps phenomenally. So I'm guessing unlock all programs unlocks every attack on a shield no matter your hackitude stat? That does sound INSANELY useful.Also first building on your right from the top or bottom of the screen? (I get directions confused easily forgive me) Cause maybe its just the angles that are weird to me that I can't see the house. (I also tried for 30 mins to get to the northern half of the planet by going through the cave with the wyrm enemy because it looks like there an opening on the other side of the mountain to me)Also is it just me or are virtually none of the dungeons repeatable?

Cause some places have rockin music. Plus do you ever get to go to the purple gaming shack on the bottom right of the first planet? It's a particularly useful late game one because you can combine it with equipment that gives better unique bonuses than +Hackitude and Arete's the only character who naturally gains enough Hackitude to unlock the top few programs without grinding.First from the bottom, my apologies. There's a handful of bugs standing around and a terminal you can use (but can't read without the translator) which unlocks storage.

A couple of people have missed the storage building on the left now, it's not immediately obvious.The dungeons are mostly not revisited, although a couple of hidden bosses turn up in areas which were previously unreachable. Volt (and most of the other locked locations) can be visited between the two 'points of no return' at the end of the game. Zombie driver steam.

About Genre Simulation Summary Air traffic control is the world's most stressful job, but not for you. 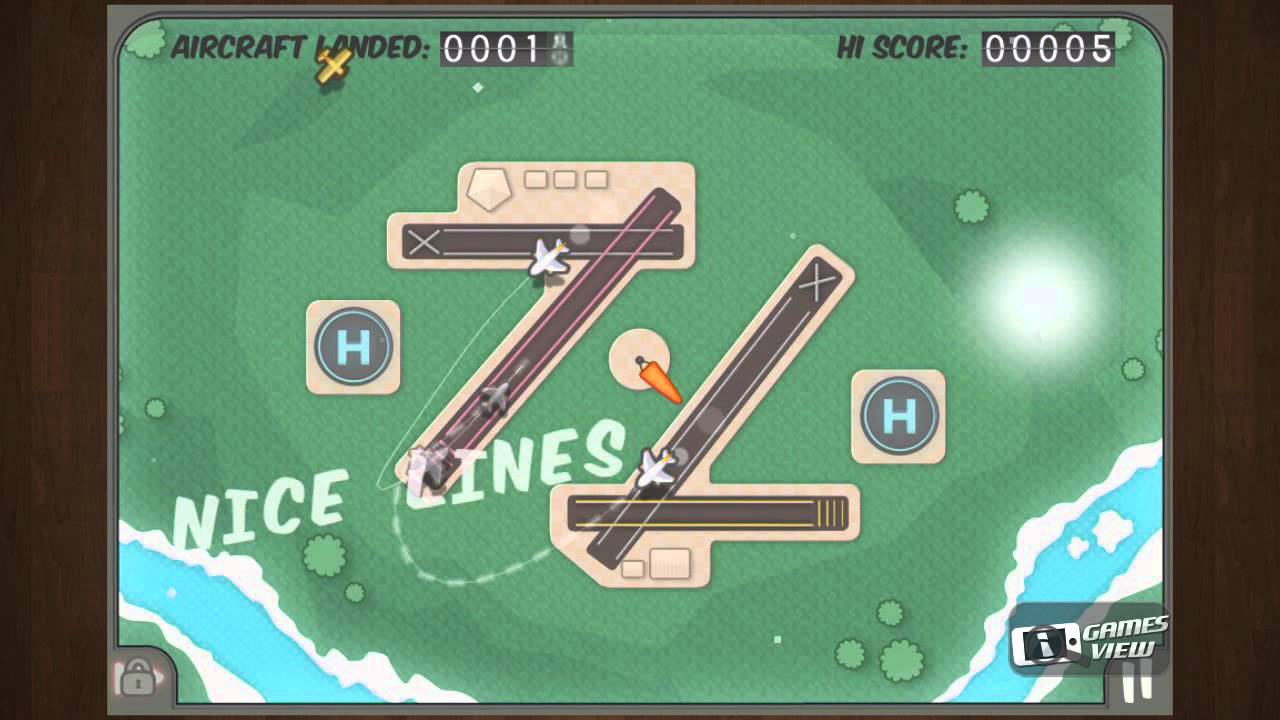 You don't need heading angles, flight rules or meteorological reports, you're a natural!

I find it funny since Arete atm is basically my advance shield slave, and she makes a dandy one too. So yeah I can see the appeal.It's not a big deal, also I found the storage building easily, and I hope its just that I missed a house cause the one I remember the open one doesn't have enough power which prompted my question in the first place.Alright I sort of figured, what are the two points of no return because I tend to hate when I'm not informed of such things beforehand. Plus will we get more information on the various alien races cause I kind of want to know when Z'xorv rejoins the group and learn more about his species the Zexen.

Alright thanks, I don't think I've hit either of those points yet I'm in chap 10/11 where Z'xorv rejoins the party again.

3 exotic planets to explore. Aliens. Robots. Magic. Forbidden technology. Conspiracies. A galactic threat. And one brave heroine to make things right. Cosmic Star Heroine is an exciting RPG from the creators of Cthulhu Saves the World.
Features:
- The best of classic and modern RPGs!
- Brisk pacing that respects your time! Save anywhere!
- No separate battle screen! Battles take place directly in the areas that you explore!
- 2D visual style straight from the height of gaming's 16-bit era!
- Animated cutscenes reminiscent of the early CD-ROM console era!
- Soundtrack by HyperDuck SoundWorks (Dust: An Elysian Tail, Precipice of Darkness 4)!
- Over 100 minutes of music!
- Multi-character combo techniques!
- Innovative turn-based combat system that focuses on flow & strategy!
- Your own spaceship! Recruit new agents to help your home base grow! 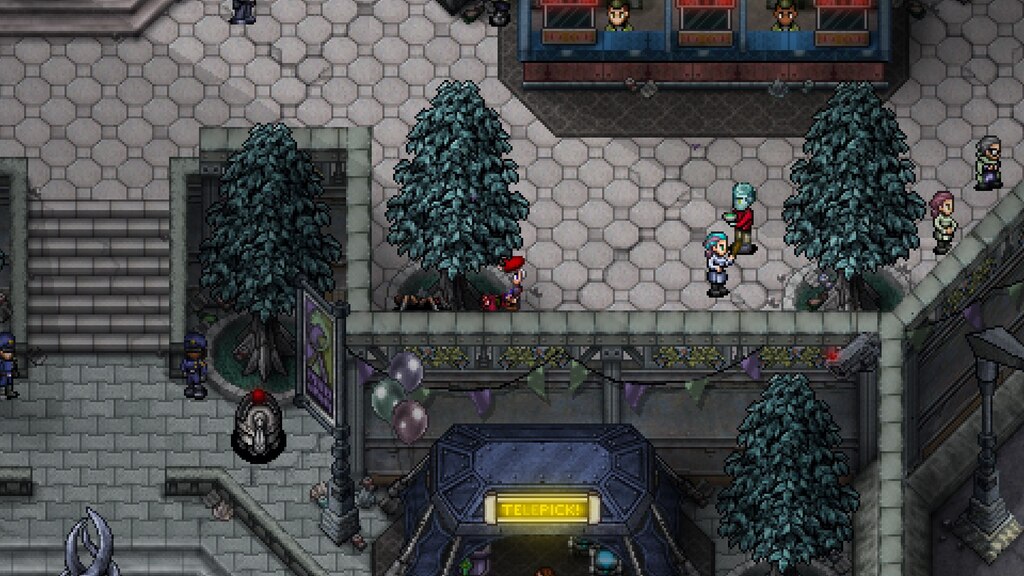