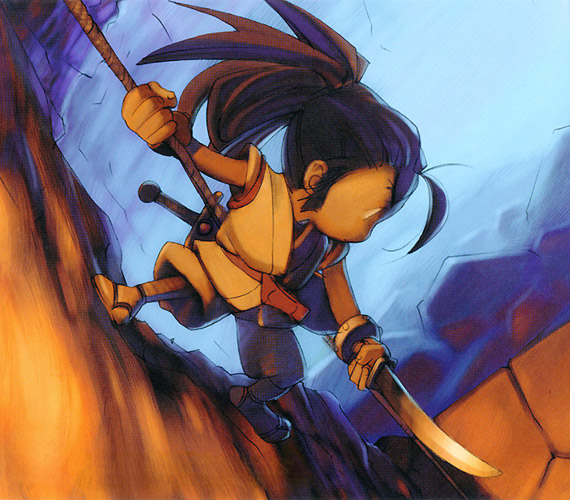 . Defeat Dark LuminaTo beat the first fom of Dark Lumina, you need to keep to the right side of him to avoid his right arm. ONCE HE LUNGES WAIT A SECOND THEN JUMP IN AND HIT HIS CRYSTAL. You can double jump back in and hit him again if youre quick. For his final form you will need to be a lot quicker.

To be able to do damage to him at all you wil have to CATCH HIM WITH FUSION AND THEN DRAIN HIS POWER. Once he becomes an orb, hit him with Lumina. Keep your Wind Scroll equipped, because when he turns green, you will need to do your powered-up CYCLONE SPIN TO STAY ON THE PLATFORM WITH HIM.

The rest of his attacks just require some quick dodging. Be ready with an EX-Drink if necessary, but it is possible to beat him without going all the way through a full life bar. IT ONLY TAKES ABOUT FIVE HITS TO KILL HIM. Submitted by Travis. Minku LocationsPossibly the most valuable things in the, you cant get all 13 of the Minkus until later in the game, and after 22:00 hours in the day. When you catch one, you get a 25 point boost to your health permanently.

Using the Water Scroll jup off the first bridge then head down and to the right. It is sitting on the bank of the river.5) Twinpeek Mt.-Right below the first cave entrance. You will need to fall down and then swing quickly to the left.6) Twinpeek Mt.-From the previous one you need to use the Water Scroll and head farther west and south.7) Hell's Valley-The arena where the Skullpion was defeated.8) Grillin' Reservoir-On a ledge north of where you found the church bell.You will need to fill the are with water and then use the Water Scroll.9) Steamwood Forest-Hidden by the Wind Crest. To reach this crest you must have the Earth Crest and L-Brace. It can only be found by following a pipe on the north side.10) Binchotite Mine-On a ledge close to the Misteria Flower.11) Binchotite Mine-To the left of the dead GiAnt.Only becomes available after Chapter 5 begins12) Binchotite Mine-In a room where two Cure Worms are.

Only available after Chapter 5 begins.13) Wind Scroll-Found just before you receive the Wind Scroll. Submitted by Travis. Stronger Lumina swingWhen you fill up the speed guage, try the lumina button right when it's full or try the lumina button after you hold the speed guage button for a while(but keep holding the speed guage button. Submitted by Undertaker. The Bincho FieldsBincho Fields are scatteredeverywhere in the world.It is possible to find all of them before going to the last level.

You will need to strike them with Lumina in order to free the trapped people inside.

Popular Games.Brave Fencer Musashi CheatsBrave Fencer MusashiNote: This game is also titled Brave Fencer Musashiden.Easy money:Play a game of cards with Macho. This is very easy,you can simply guess if the next card will be larger in valuethan the previous card he revealed. It costs 100 Drans per game,and you will double your earnings if you make a correct guess.If you manage to defeat Macho ten times in a row within a singlegame, your earnings will be 102,400 Drans. After this, Macho willnot play with you anymore.There are 500 Drans Located in Steamwood near the location whereyou saved Acrobat Sausages.

Take the Drans, then exit Steamwood.Return to acquire the Drans again, then repeat.Start a new game and get to the Spiral Tower to get Lumina. Note:Do not get Lumina yet.

On your way up you will encounter threebats that try to attack you by going in a line. Just wait andslash them to get hearts and money. Keep waiting for a group ofbats in that area. Keep slashing them as many times as desired.Defeating Macho in cards is not by luck. If he says a number higherthan 7, say lower and vice versa.

Do not play him until the tenthround. Keep playing until the ninth round and you can continueplaying him to get fast money.After going down the river on the raft the first time and gettingthe bracelet, you can go back up to the raft.

However, insteadof going all the way up, it will be waiting at the waterfall.Get to the town that is slightly after the beginning. There isa path that goes to a mountain in the upper part of the town.Go on that path and travel down a short distance until you seesomeone that resembles a witch. Defeat her and take the money.Go back into the town and repeat this as many times as desired.Hidden second ending:To view a secret second ending, collect all the actionfigures, including the special ones. When you have them, completethe game, and wait until after the credits and Squaresoft logo.Hand drawn pictures of the all the characters in the game willappear.Hidden introduction segment:Remain at the opening screen. The game will show thestory of how Musashi got there.

Immediately after that, a secretsegment will appear. These two introduction (both normal and secret)are short and only last about five seconds.Find missed items and secrets:After successfully completing the game, allow the creditsto end.

Rhema word. Rhema is also often translated as 'word' and refers to spoken words or a saying.

Press X when the Square Soft logo appears and savethe game. Load this saved game file to return and collect misseditems and find secrets that were previously missed.Minku locations:Note: They do not have to be collected in order.Grillin' villageNear the tree to the left of Twinpeak Mountain entrance andSteamwood administration.Grillin' villageOn the cliff above the gondola lift, near the ventilationshaft. Requires l-brace.Grillin' resevoirIn a recess in the cave walls near the church bell.

He will tell you that he has heard of aMother Minku roaming the world. Go to the first area of MeaderingForest to encounter the Mother Minku. She is a tough opponent.Hint: Meandering Forest:If you ever get lost in Meandering forest when goingto the Frost Palace, just move left, up twice, right, up twice,right, up twice, left, and upfour times. It is very easy to getconfused, but it works.Hint: Obtaining secret foods:Use the following steps to get the secret foods.Orange: Save Tim from being turned into a Vambee. The mother ofTim, the Grocer, will give you a free orange.Riceball: Make sure you have Cook A, Bailiff Jerkey, and ChefJulienne. Talk to Cook A. Now you are able to buy Riceballs fromthe Grocery Store.NeatBall: Talk to Cook B when you have saved Butcher Chops.